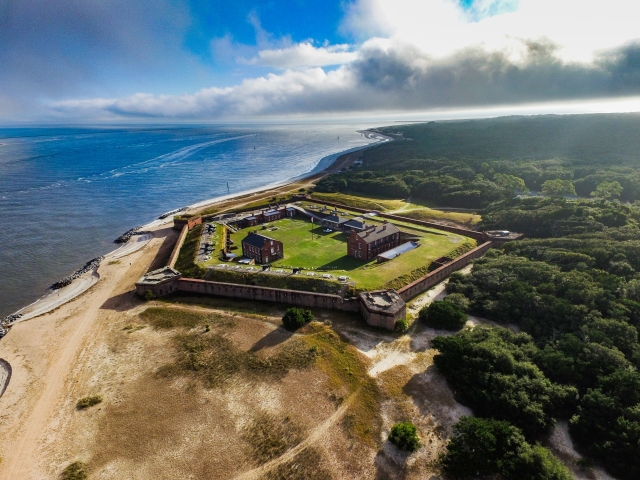 Race date for 2017 event was canceled due to hurricane damage in the park. 2018 date TBD

A new race inside of Fort Clinch State Park! This is a 12 hour night run. The course is a 1 mile loop. It is a mix of pavement (.25), hard packed dirt/gravel and semi packed sand beach around the fort (.5), and a short section of trail (.25). With the exception of the trail, the course is relative flat.

This will be professionally scored and chip timed by Mike Melton at MCMTiming.

Entry fee is $100. Runner limit is capped at 100 participants. If the race sells out a wait-list will be opened. 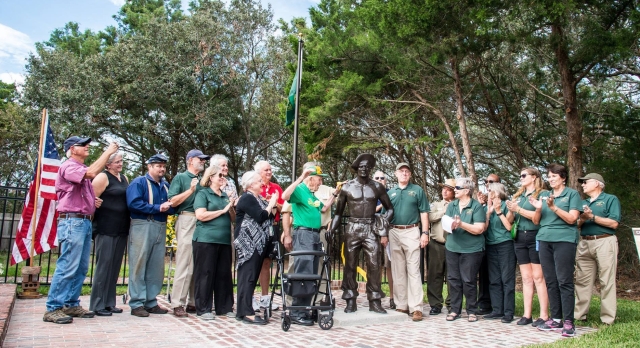 The event is a fundraiser for the 501(c)3 Friends of Fort Clinch.  The funds raised will be used to pay off the recent purchase of a 6′ tall, bronze statue as a memorial to the Civilian Conservation Corps workers who restored the fort in the 1930’s. The CCC is pretty much directly responsible for the establishment of Florida’s state park and thus many of the trails we enjoy running and hiking on.

Developed under the New Deal Era of President Franklin D Roosevelt. The CCC was designed to provide jobs for young men in relief of families who had difficulty finding employment during the Great Depression (1933-1943).  This program implemented one of the largest natural and cultural resource conservation efforts in US history.

During its nine year existence 2.5 million young men participated in the CCC program, which provided them with shelter, clothing, and food, together with a small wage of $30.00 a month ($25.00 of this was sent home to their families).

During the time of the CCC, volunteers planted nearly 3 billion trees to help reforest America, constructed more than 800 parks nationwide and upgraded many other state parks, updated forest fire fighting methods, and built a network of service buildings and public roadways in remote areas.

Although the Florida legislature authorized creation of a state park system in 1925, it took the Depression of the 1930s and the development of federal New Deal programs to create the impetus for the formation of the Florida State Park system.

By 1941, 99 buildings had been constructed in the nine parks. By 1942, all of the CCC camps in Florida were closed because of World War II. State park development came to a halt and did not advance for another decade

CCC Company 1420 worked at Fort Clinch State Park constructing the museum, campground and park roads as well as beginning the restoration of historic Fort Clinch by removing more than 10,000 cubic yards of sand and debris from the Fort. Imagine removing this much sand by shovel and wheelbarrow as the men of the CCC did!

Continuing where the CCC ended, The Florida Park Service has managed Fort Clinch State Park, working to restore several historic structures inside the fort, stabilizing masonry and steel components, and interpreting the facility as an important Civil War Site. Additionally the Florida Park Service has made numerous upgrades to the park including expanded camping facilities, a beach use area and fishing pier, group camping facilities and more.

All gate receipts, etc which are paid to the park is divided up between State Parks which are not operating on the plus side of the economic scale. The money raised by The Friends of Fort Clinch goes entirely to the park for projects not funded by the State Park. This year it was used to help pay for period costumes worn by the Park Rangers in their presentations at the Fort. The funds went to replacing windows and doors with authentic reproductions in the Fort, purchases of Sea Turtle Vehicles, offered several free events to the public like The Holiday Candlelight Tour of the Fort.

The Friends of Fort Clinch is a registered 501(c)3 non-profit tax-exempt organization. All donations are tax deductible.